Happy Clients Keep Us In Business

The best compliment ever given in our business is referrals. That’s why we’re incredibly proud that all of our clients to date have been from other happy clients.

If you’re in need of corporate financing or restructuring, we encourage you to read the success stories of just a few of our happy clients below.

As part of our new client process, we always provide referrals so you can ask questions from our current and former clients.

Listen to even more accounts of how 45 years of experience works in your favor to create success for small businesses.

Don’t take our word for it. Find out first-hand how our programs and assessment can work to strengthen your business to achieve the entrepreneurial lifestyle you’re working towards.

Whose $2.3 Million worth of equipment, installed 1 year earlier, was being repossessed by the manufacturer due to a lack of funding. Reporting 6 years of losses resulting from uncontrolled growth and many failed attempts at securing financing, we were eventually successful at securing a lease through the same manufacturer at 3.75% interest, while working out a repayment to $480,000 of suppliers over 4 years at 0% interest. With new credit established we created positive cash flow of $200,000 for the first time in years.

Was bleeding losses trying to service a $1.2 million dollar bank/SBA debt. With sales down due to the economy, they feared that bankruptcy might be their only answer. After several discussions with the bank and SBA, we settled for $35,000 in total, released their personal guarantees, their parent’s guarantees and positioned the stores to move ahead “DEBT FREE” saving over $1,195,000!!

Owing suppliers $850,000 was considerably late on payments and operating on COD. We secured a note for the creditors to be paid at only 35 cents on the dollar (35% of their debt) over 4 years, saving $550,000. At the same time we were able to secure new credit from many of the same supplies, which created positive CASH FLOW.

Owed the bank and SBA $1.3 million dollars and their assets consisted only of some old inventory, receivables and a building. With creditors and the bank pressuring them, they were having their orders held for payment and facing the likely loss of their building. We successfully sold the building to a third party, with a secured long term lease accompanied by an option to repurchase the building with their initial equity still intact. The bank and SBA settled for $50,000 total. Net savings $1,250,000.

ASSEMBLY AND DISTRIBUTION OF TRUCK COMPONENTS

They experienced a dramatic drop in sales due to the construction industry slump. Unable to keep pace with vendors and the bank and having an infrastructure for much higher sales, they were headed for certain disaster. By working with their overseas manufacturer, they were able to reformulate their sales and marketing model and reincarnate themselves with $1,226,000 less overall debt between their creditors and bank, while reshaping their overhead and structure to instantly produce profits at their new adjusted sales level.

With 4 store locations, the business was still doing $1.8 million in sales after their market declined. Owing their main supplier close to $500,000 we reached a settlement with them to return their entire inventory in exchange for full credit, even for the “stale” inventory which was close to $300,000 of the total. As part of the agreement reached, the supplier provided all new inventory on a long term note, PLUS a line of credit for additional orders our client would need. Net effect was $200,000 in raw savings, in addition to all good quick turn inventory.

A shopping mall located restaurant had been ordered to shut down by the state taxing authority within the next 30 days. The state had pulled their tax certificate and with 15 days left, the owner contracted our services. We obtained a Temporary Restraining Order (TRO) against the state and over the next couple of months worked out a manageable repayment plan. During that time we restructured the owners other debt to suppliers and assisted in the increase of sales through more effective marketing. Additional headway towards profitability was made through the negotiation of a more favorable lease.

A $4 million a year plumbing contractor had built up a hefty bill for payroll taxes in excess of $900,000 dollars, not to mention some unhappy creditors. To make matters worse this company had uncollectable receivables in excess of $400,000 and with the resultant choked off cash flow, the end was drawing near. Their building was already in the control of a receiver and within 30 days of a sheriff sale. With a modified approach to the changing industry, he started up with a clean slate. After conversation, the IRS suspended collection efforts from the owner due to uncollectability. The building receiver agreed to sell the building after the sheriff sale eliminated the second mortgage, for only the first mortgage. As part of the deal the previously collected rents during the receivership that amounted to $110,000 went with the sale and our buyer was provided with the cash down payment. With the IRS off his back, he has the option of repurchasing the building with his increased equity in place.

Multi-franchise motor mall had closed a secondary location which housed yet another dealership. Trying to pay old debt was putting the surviving dealership in a very dangerous position with his main franchisor, bank and other suppliers. We negotiated a settlement over time with the old debt that saved $340,000. We also bought enough time with the key franchisor to sell controlling interest to another dealer. With the car market falling apart, the owner was very pleased to accomplish this. The owner now enjoys passive income and a very comfortable retirement, while still owning a stake in the old business as an income annuity.

The owner of a $1.5 million dollar heavy machinery business was in debt to the IRS for $1.1 million dollars from two businesses he owned. Lawsuits for defective products were accompanied by suppliers who had become impatient and pressure was mounting quickly. We identified a parallel business in another state, which manufactured heavy machinery for schools, hospitals etc., who wanted to sell due to their declining market. Our strategy called for the acquisition of the other $8.5 million dollar manufacturer using their own receivables, their excess inventory and in the end the purchase required no cash. The net result was a new profitable $10 million dollar business, along with a settlement with the IRS for the owner’s personal obligation. The total amount required to accomplish all of this was $16,300. 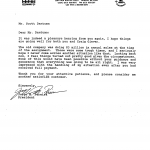 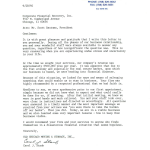 *For the protection of privacy for our clients, some images shown are representations. All testimonials are 100% authentic.